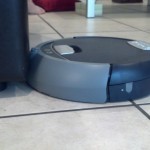 My sectional couch doesn’t have much clearance under it, like most couches. This is annoying because 1) scorpions like to hide under my couch, 2) (as I discovered measuring for this project) centipedes like to hide under my couch, 3) crap piles up under the couch because neither the vacuum clearer, the mop, or the scooba can clean under it. I’ve put up with this for three years; it’s time to raise the couch high enough that it’s scooba access compliant. 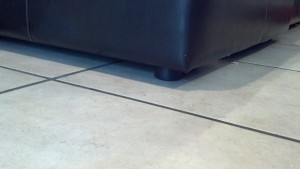 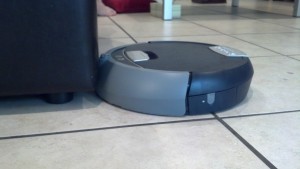 Materials needed for this project: 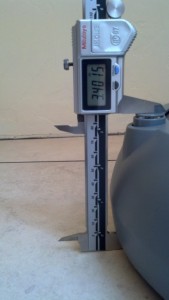 The couch needs to go up quite a bit to allow enough clearance for my scooba to pass under it. It measures ~3.4″ top bottom no including the height added by the wheels. 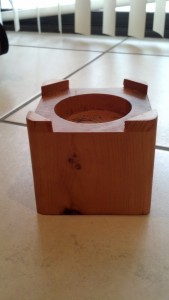 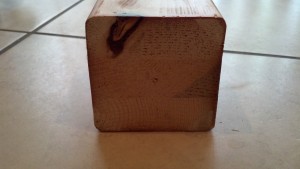 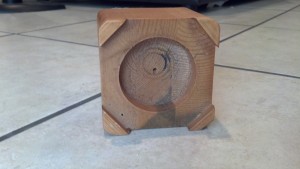 I found a 4 pack of wooden furniture lifts on AMZ, which is in enough to test lifting a single peice of my sectional couch set. They did lift the couch just the right amount but the bottom of the wooden blocks on the tile floors in the living room didn’t provide enough traction. Every time someone sat down on a couch that section would slide backwards a disturbing amount. 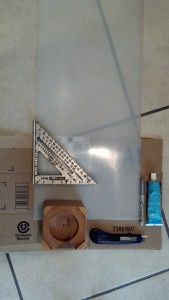 I purchased a 12″x36″ sheet of  1/8″ silicone from a vendor on AMZ.  I decided to go with silicone as, although it’s difficult to bond, it shouldn’t mark the floors.  1/8″ is vastly thicker than is need as an anti-skid pad but I wanted enough thickness that I could score or sand the surface if I had difficulty getting it to adhere to the wooden blocks. 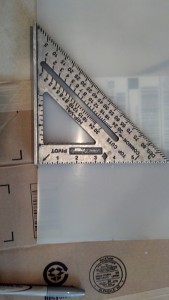 The wooden blocks measure ~4.3″x4.25″ and are somewhat trapezoidal.  I decided to cute the silicone into 4″x4″ squares. 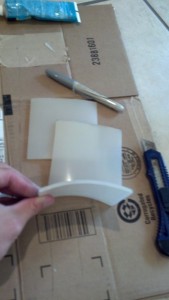 The silicone has a curve to it from being rolled up for shipment. 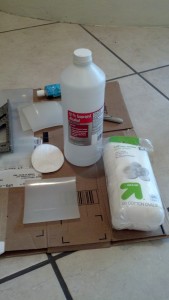 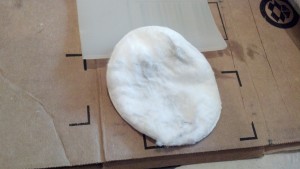 I decided to face the convex side towards the wood to discourage the corners from peeling up.  The silicone was rather dirty from the vendor so I cleaned the side adhesive would be applied to with proposal alcohol. 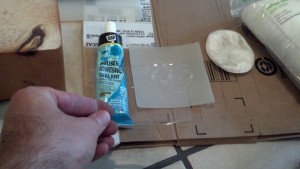 I applied to thick coats of DAP 100% silicone adhesive with a piece of plastic cut from the side of some container in the recycling bin. 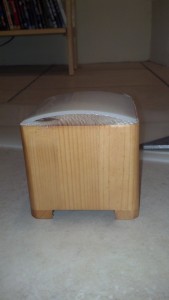 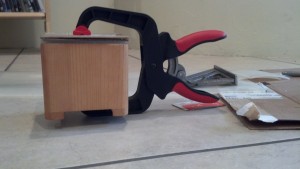 I folded up some cardboard (likely from an AMZ box) and used it with a clamp to help fold the silicone flat.  More to come. 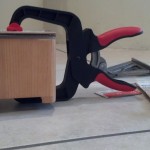 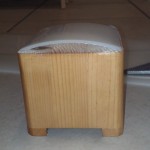 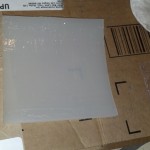 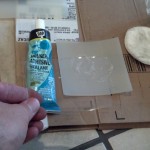 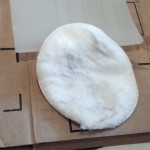 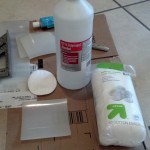 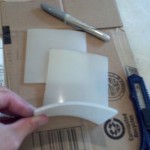 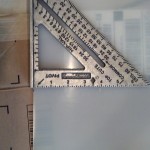 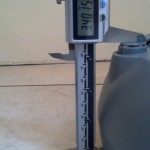 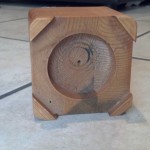 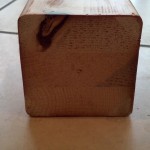 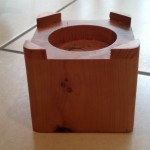