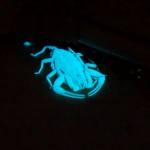 I’d read online that scorpions fluoresce under UV light but wasn’t unable to find any specification as to the wavelength and intensity required. All of the pictures of this phenomenon turned up by Google were of scorpions glowing in an atrium. Since most cheap UV LEDs seem to have a peak emission at 395nm, I assumed this was the wavelength being used. Wild scorpions, or at least the bark scorpions that venture into my living room, definitely will try to hide from visible light. I have no idea as to what spectrum scorpions see in but the “395nm” LEDs definitely produce a lot of light much redder than that. My thinking was that this “visible” spill over might cause a scorpion not trapped in an atrium to flee. I located an inexpensive low intensity 365nm flashlight online and purchased it.

This was a “proof of concept” I did a few weeks ago to see if the florescence would be bright enough to capture in a camera. The exposure was completely hand held (w/ IS) from a distance of ~2′ @ 1/10s, F/2.8, 55mm, ISO1600. The scorpion was on the order of 2-3″ in length and was partially hiding under the stuco in front of my garage door along the side of the house. The effect was bright enough that he was visible from ~10′ away with a well dark adapter mark I eye ball. If you look closely in the image you can see light from the scorpion reflecting off of the base of the garage door. 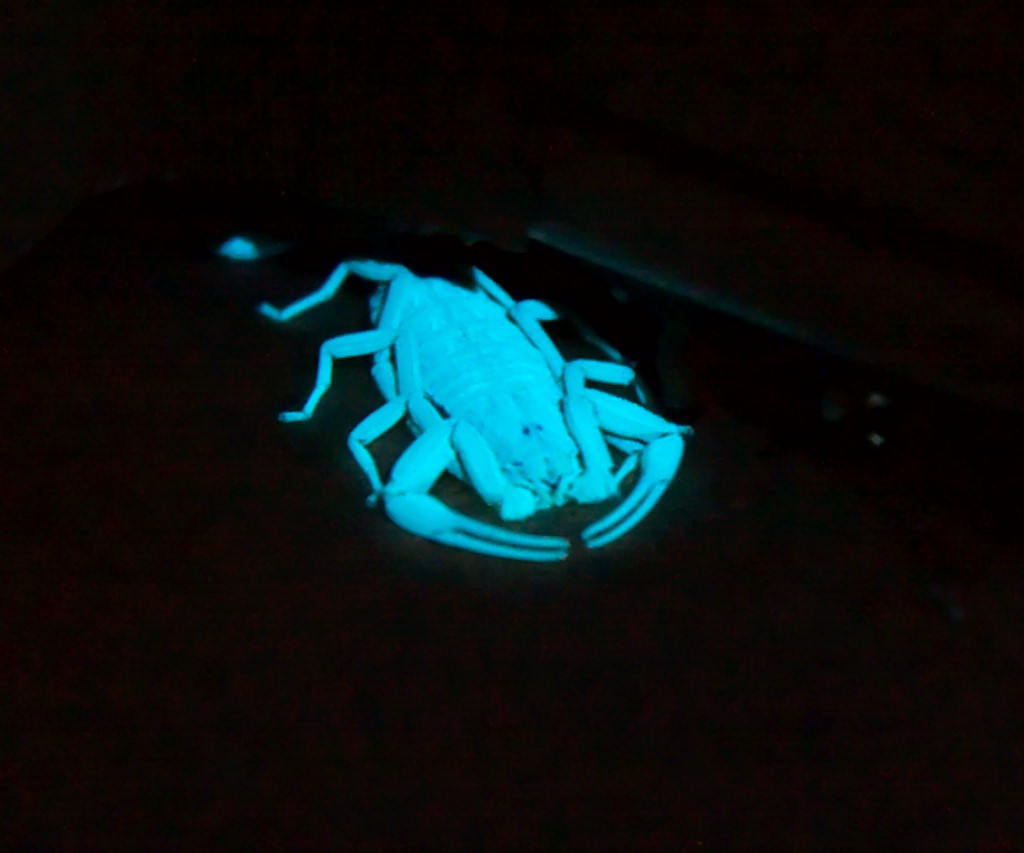 My name is Josh and I am a Software Engineer with extensive experience in supporting astronomical research.